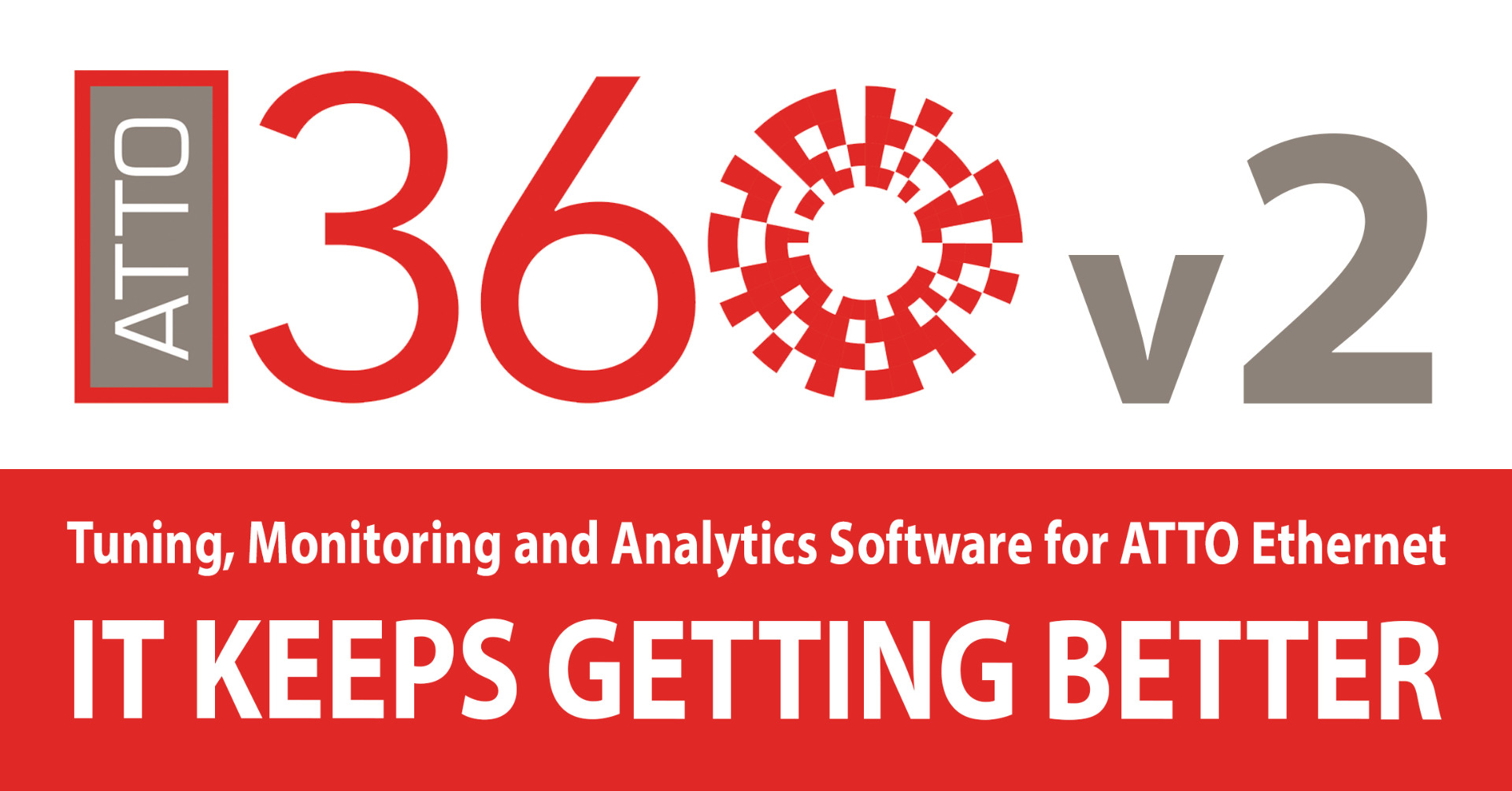 ATTO 360™ is an all-purpose application for Ethernet storage optimization featuring performance tuning, analytics, and monitoring tools that deliver the best performing and most efficient storage networks.

With pre-set tuning profiles, ATTO 360 makes it easy to get the best performance for the most demanding compute intensive applications or customize your performance with over 25 unique tuning settings including buffer settings, MTU sizes, IRQ, NUMA and much more.

Fix problems before they happen

360°View includes a time-series database and a dashboard visualization of performance and packet statistics with an alert manager integrated into the analytics engine. All of the statistics prior versions of ATTO 360 monitored via snapshot are now captured in a state-of-the-art database and recorded over time.

ATTO Ethernet Suite for Windows and Linux includes a new driver bundled with ATTO 360 and other utilities in a single package.

Fill out the form below to have ATTO 360™ sent to your email.

Your feedback is important to us.